Content
This workshop aims to showcase achievements and lessons learned by major smart grids projects and implementations, while highlighting the architecture and technologies of the communication infrastructure. The invited speakers will introduce the drivers motivating the development of the projects, the challenges that are targeted, the recent achievements and the related lessons learned. Selected projects will discuss the specific pilots they roll out, and how technology providers support the stakeholders needs in their setting. The technical presentation will be followed by a panel discussion among the speakers and invited experts, to debate questions such as:
Moderator
Michele de Nigris, ISGAN & RSE, Italy
Roberta Bigliani, IDC Energy Insights, Italy
Presentations
Click on the presentation title to download the slides

Michele de Nigris graduated from the University of Genoa – Italy. From 1984 to 2005 worked with CESI SpA starting as a research and test engineer in the field of surge protection and progressively extending the technical and managerial responsibilities reaching the role of Head of the Electrical Laboratories and Components Business Unit. From 2006 onwards he is Director of T&D technologies in RSE, a public owned company carrying out R&D activities in the electro-energetic field. He contributed in the setting up, development and management of the major international smart grids frameworks such as ISGAN (International Smart Grids Action Network), an initiative of the Clean Energy Ministerial, where he is the chairman of the Executive Committee. He is the official Italian  representative in several European and international organisations and initiatives such as the EEGI (European Electricity Grids Initiative) and the EERA (European Energy Research Alliance – Joint Program on Smart Grids). He has been appointed Senior Consultant on smart grids by the Economic Commission for Latin America and the Caribbean: ECLAC-CEPAL Santiago - Chile, a branch of United Nations. He is Senior Member of IEEE and Individual Member of CIGRE (International Council on High Voltage Networks). He has authored or co-authored several papers published in national and international journals and magazines. 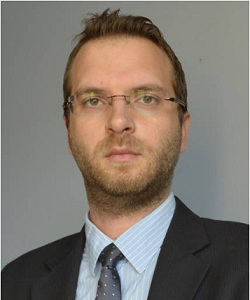 Kevin Mercier began his professional career as an IT consultant at Accenture after graduating from Supélec, a French grande école of engineering. He joined ERDF, the main French DSO, in 2008 to contribute to large scale IT programs such as the billing software and the smart metering infrastructure. Since 2011, he has been working on the smart grid pilot projet NICE GRID, France’s contribution to the European GRID4EU program. On this pilot project, he is in charge of the smart metering, IT and Telecommunication work packages. 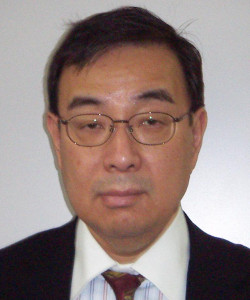 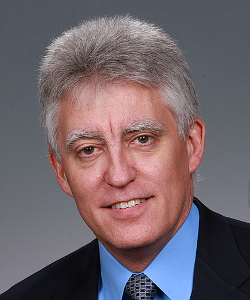 Dr. Ronald Melton is the director of the Battelle led Pacific Northwest Smart Grid Demonstration project, the administrator of the GridWise® Architecture Council, and Team Lead for Distribution Systems and Demand Response at the Pacific Northwest National Laboratory (PNNL). He has over 30 years of experience applying computer technology to a variety of engineering and scientific problems. Dr. Melton is a Senior Member of the Institute of Electrical and Electronics Engineers and a Senior Member of the Association for Computing Machinery. Dr. Melton received his BSEE from University of Washington and his MS and PhD in Engineering Science from the California Institute of Technology.

Dr. Takayuki Shimizu is a Researcher of TOYOTA InfoTechnology Center, U.S.A., Inc. (Toyota ITC). Since he joined Toyota ITC in 2012, he has been working on several demonstration projects on smart charging/discharging and demand response for plug-in electric vehicles in USA and Japan. He received the B.E., M.E., and Ph.D. degrees from Doshisha University, Kyoto, Japan, in 2007, 2009, and 2012, respectively. From 2009 to 2010, he was a visiting researcher at Stanford University, CA, USA. His current research interests include smart charging and discharging for plug-in electric vehicles and reliable and secure vehicular communications. Dr. Shimizu is a Member of the IEEE, IEICE, and SAE.