Content
This workshop explores challenges, research questions, and proposed solutions to deal with the challenge of increasing penetration of distributed renewable energy sources (DRES), especially at the distribution grid level (while respecting the operating conditions, e.g., in terms of voltage deviations). The invited speakers will present technical solutions to connect DRES, as well as accommodate their variable power output (given the dependency on natural phenomena that are not controllable) through steering the consumption, for instance using demand side management. The latter thus involves a study on the potential flexibility on the energy consumption side, and techniques for automating the adaptation of consumption patterns at the end user level. The technical presentations, as well as the panel discussion will address questions such as:
Moderator
Chris Develder, Ghent University, Belgium
Workshop introduction (click here to download the presentation)
Presentations 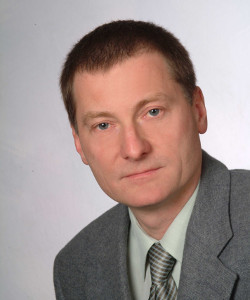 Marjan Jerele was on January 21, 1960 in Ljubljana, Slovenija. He graduated at the Ljubljana Faculty of Electrical Engineering in 1984, and obtained a Master's degree in science in 2006 at the Faculty of Organizational Sciences. His first employment was at Iskra Sistemi as an engineer for the development of PLC systems. From 1986 to 1991, he was an independent researcher in the High Voltage Department of the Elektroinštitut Milan Vidmar. In the years 1991-1995 he was active as designer and project manager at company Energoinženiring and ENERGOMONT responsible for the energy and industrial automation systems. Since 1996 he has been employed at Elektro Gorenjska d.d, where he started as a protection and measurement engineer. From 2001 to 2006 he held the office of the Technical director of the company, and currently is employed as Assistant of Executive Director of OU DO. 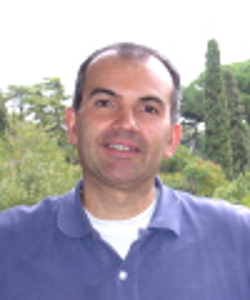 Enrico Tronci is with the Computer Science Department of Sapienza University of Rome (Italy) since 2001. Previously he was with the Computer Science Department of the University of L’Aquila and with LIP (Laboratoire pour l’Informatique du Parallelisme) at the ENS (Ecole Normal Superior) of Lyon (France). He received a Ph.D. degree in Applied Math from Carnegie Mellon University and a Master's degree in Electrical Engineering from Sapienza University of Rome. His research interests comprise: model checking based methods for verification and synthesis of mission critical control systems such as, on-board control software, smart grid demand-response control strategies, multi administrative distributed control systems; model based design of embedded systems; model checking methods applied to systems biology. 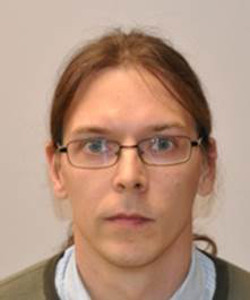 Bert Jan Claessens received his M.Sc (cum laude) and his PhD in applied physics from the university of Technology in Eindhoven, the Netherlands. During his PhD he worked on developing a new type of source for high brightness electron beams, by extracting the electrons from an ultracold plasma, created from a laser-cooled and trapped atomic gas by pulsed laser-excitation. After his PhD he worked for four years at ASML, the largest supplier in the world of photolithography systems as a design engineer, with a focus on wave optics and control algorithm development. Since 2010 he works at the research institute VITO (Belgium) in the field of applied mathematics in smart grids. He has a special interest in practical demand response, reinforcement learning and stochastic hierarchical control. 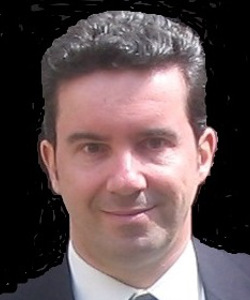 Gianfranco Chicco graduated in Electrotechnics Engineering (honors) in 1987 at Politecnico di Torino (PdT), Italy, and obtained the Ph.D. in Electrotechnics Engineering in Italy in 1992. He is Professor of Electric Energy Systems at PdT (Energy Department). In April-May 1999 he was a Visiting Assistant Professor at the University of Illinois at Urbana-Champaign, Electrical and Computer Engineering Department, Urbana, IL. In 2003 he was a Member of the Administration Board of PdT. He is the Coordinator of the Course Coordination Committee in Electrical Engineering at PdT.
He is a Senior Member of the IEEE Power and Energy Society, a Subject Editor of the journal Energy (Elsevier), an Associate Editor of the journal Sustainable energy, grids and networks (Elsevier), and a Member of the Italian Federation of Electrotechnics, Electronics, Automation, Informatics and Telecommunications (AEIT).

He is the coordinator of the PdT unit for the EU FP7 project SiNGULAR (Smart and Sustainable Insular Electricity Grids Under Large-Scale Renewable Integration). His International scientific production includes one book, five book chapters, 50 journal publications, and over 120 publications in conference proceedings. 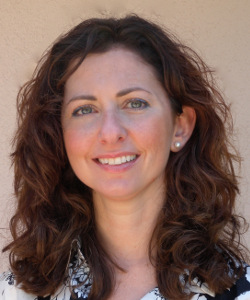 Prof. Anna Scaglione (M.Sc.'95, Ph.D. '99) is currently Professor in Electrical and Computer Engineering at University of California at Davis. She joined UC Davis in 2008, after leaving Cornell University, Ithaca, NY, where she started as Assistant Professor in 2001 and became Associate Professor in 2006; prior to joining Cornell she was Assistant Professor in the year 2000-2001, at the University of New Mexico. She is a Fellow of the IEEE since 2011 and was honored by both the Signal Processing and the Communication Societies. She is the Editor in Chief of the IEEE Signal Processing Letters, and served as Associate Editor for the IEEE Transactions on Wireless Communications from 2002 to 2005, and from 2008 to 2011 in the Editorial Board of the IEEE Transactions on Signal Processing from 2008, where she was Area Editor in 2010-11. She has been general chair of the workshop SPAWC 2005 in the Signal Processing for Communication Committee from 2004 to 2009 and is in the steering committee for the conference Smartgridcomm since 2010 and is currently in the Board of Governors of the SIgnal Processing Society. Dr. Scaglione is the first author of the paper that received the 2000 IEEE Signal Processing Transactions Best Paper Award; she has also received the NSF Career Award in 2002 and she is corecipient of the Ellersick Best Paper Award (MILCOM 2005) and of the 2013 IEEE Donald G. Fink Prize Paper Award. Her expertise is in the broad area of signal processing for communication systems and networks. Her current research focuses on studying and enabling decentralized learning and signal processing in networks of sensors. She also focuses on sensor systems and networking models for the demand side management and reliable energy delivery. 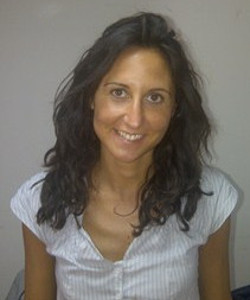 Stella Di Carlo is a Telecommunications Engineer working in the Network Technologies Department, in Enel Distribuzione S.P.A. She is working for the management office within ADVANCED project in which the objective is to develop actionable frameworks enabling residential, commercial and industrial consumers to participate in AD; she is also task leader for dissemination of the foreground produced. She is involved in the large scale trial of the Enel Info+ of the Isernia Project. She is leading the Use Cases working group within the Energy@Home association aiming at developing and promoting technologies and services for energy efficiency in smart homes based upon the interaction between user devices and the energy infrastructure.